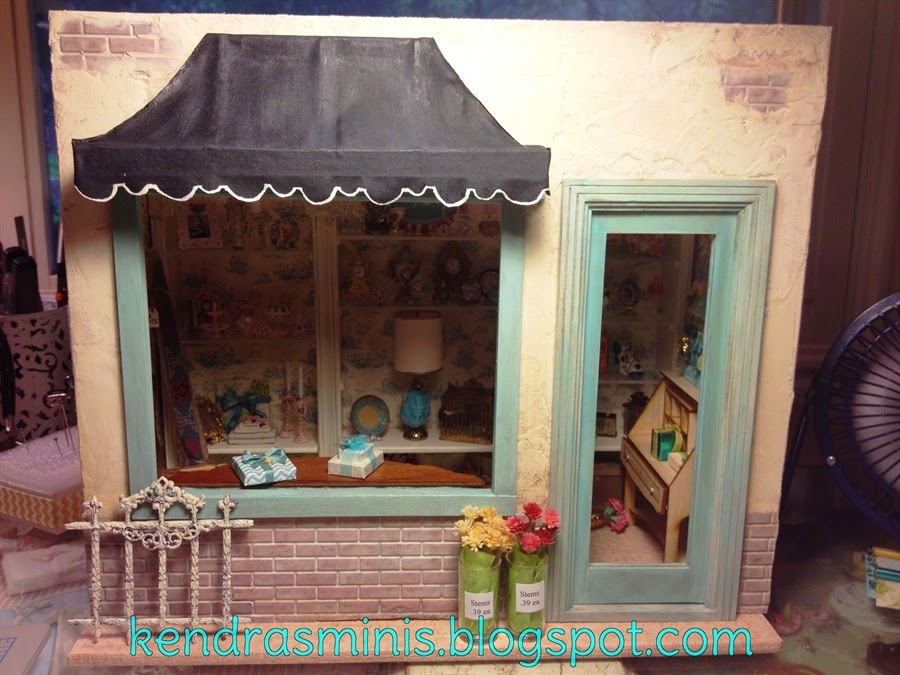 The Society of American Miniaturists (S.A.M.) held a workshop in February 2013 to make a "Treasured Collectables" shop or Antique Shop.  It came with a nice awning but I wanted to modify it slightly.  Included below is a brief tutorial on how to make the awning.  I was inspired by photos I found on the internet of a Laduree confectioners shop in France.


Frame is made from pieces of mat board cut to sizes in photos above.  The three pieces at the top should be glued together  in a "U" shape as shown.  They form the back brace (will be glued to the building and to the fabric of the awning).

The lower frame (rectangle shaped) has 2 long and 2 short pieces.  The shorter frame piece measurements are hard to see in the photo but they are 1" long by 3/8" high.  Glue two longer pieces to the inside of the shorter pieces.  The final depth of the finished frame is 1 inch (the width of the short piece). The two pieces in the lower left of Photo 1 (marked 7/8 x 3/8) are braces for inside the rectangle to keep it's shape (see photo 2 background).  Glue those in. Cut the 3 skinny strips - they will be used later.

I rounded the top edges of the back brace slightly using a sanding stick so it would be a gradual slope when fabric is glued around it.

Back brace after sanding (above).  Glue this to the center back of the rectangle as shown in Photo 1.

Pattern for fabric.  I used edging scissors to make the scalloped edge.  BEFORE CUTTING THE FABRIC, first cut the scalloped border on the lower edge of the fabric.


Next seal the scalloped edge with glue to keep it from fraying.


Then  trace the pattern on the fabric with pencil then go over it with a thin glue line - again to prevent fraying.  After it's dry you can cut on the pencil line.


Photo 7 above shows placement of the frame on the fabric.  The two flaps on the outer sides will fold in and become the sides of the awning.  DON'T GLUE YET.


Angle the very ends of the skinny strips as shown above.  These support the curved front of the awning.

You can see how the strips are mitered making a smooth transition from the square (rounded with sanding stick) frame.  Don't worry about the wrinkles in the strips.  Sort of adds to the character.  After the strips are glued you can glue the fabric to the front edge of the rectangle frame (it is glued in Photo 10).


Now this is a bit tricky.  You will fold in one of the flaps and glue it to the short edge of the rectangle frame (the 1 inch long side).  Then you will match up the side and front curves to each other and kind of pinch them to make a seam.  I like to use Crafter's Pick Ultimate glue because it seems to hold very well on fabric.  I wasn't worried about it soaking through since I intended to paint the entire thing black.

Better veiw of the seam.  Just a little warning - my two sides looked different from each other.  Takes some trimming and pinching, trial and error to get it to look right.  Use enough glue so you can trim the seam down almost to the gap.  Let dry thoroughly before doing any trimming of the seam.

Seam looks ugly but it will be painted and trimmed a little more.

You can see in the photo above I should have ironed my fabric before I started.  Thought painting it would take the creases out (wrong!). 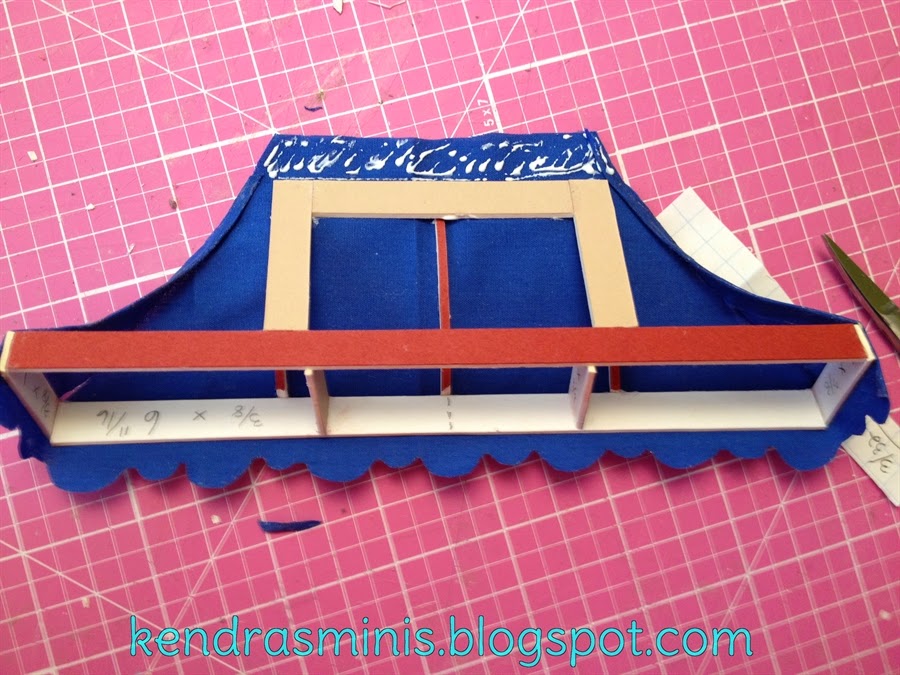 Glue the top flap over the U shaped brace. 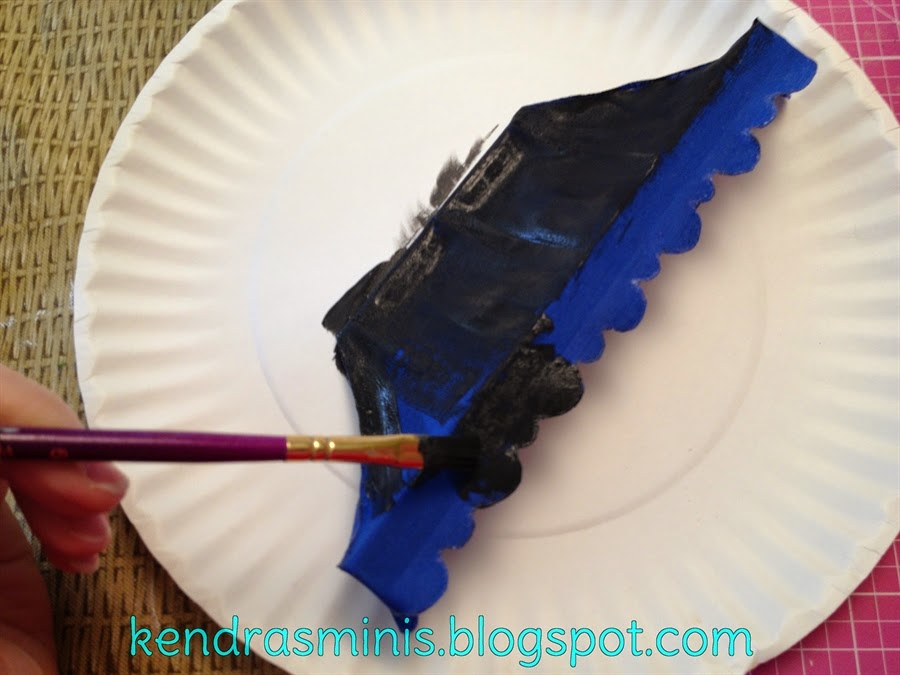 I painted the entire thing several coats of acrylic black paint.  It soaked in and looked kind of ugly for a while but after it was all done it looked very convincing - like an outdoor canvas.  I also painted all the pieces of mat board framing in case they ever would be visible from someone looking into the window.

Here is the finished awning.  You can see the skinny strips through the fabric - just like a real awning.  I edged the scallops in white paint like some of the photos I saw of real ones.  Hope you find a use for one of these on your mini shop or store front!  I hope to add some tutorials on how I finished some other items in this project later.